The first cryptocurrency that makes possible for any individual to participate in climate change fight. 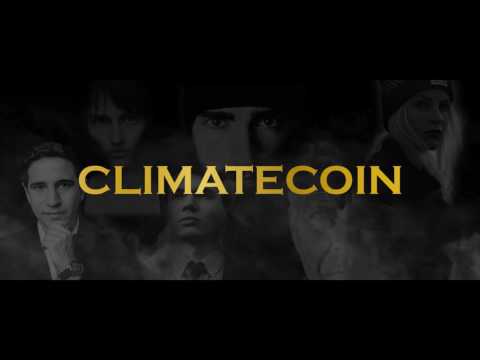 CLIMATECOIN CO2 token is a new cryptocurrency created for Climate change action.
We have created a coin for every person in the world to be able to contribute to this global problem and for that we have used the blockchain technology as a revolutionary way to eliminate intermediaries.

Our Team will use the contributions received from the people of all around the world to invest in companies and projects that create real solutions to mitigate Climate change and at the same time will help them grow and be competitive against other current systems that contaminate in their processes.

The OCDE estimates that around 103 trillion USD of cumulate investment between 2016 to 2030 is needed to mitigate climate change, so that means big profits for all these related companies that we are buying or participating.
An IFC report launched in November shows that the historic global agreement on climate change adopted in Paris helped open up nearly $23 trillion in opportunities for climate-smart investments in emerging markets between now and 2030.

BLOCKCHAIN OPPORTUNITY
Businesses across the globe spent $2.5 billion in 2016 on blockchain, and by 2025 that will rise to $19.9 billion, with the financial services sector accounting for most of the future market growth, predict different reports.

“Blockchain technology is one of the most promising upcoming technological trends in the information technology domain,” according to Grand View Research.

“Not only does the technology hold the ability to disrupt the way the financial sector often works but it will also have ramifications on many other industries including consumer goods, technology, and media and telecom, among others,” reads the report.

Hung Chih (Jason Hung)
Fundraising, China scaling, Project promotion, Government and Investor relation
Rated on Nov 2, 2017
5
5
3
10%
This rating's weight is reduced by 50% as there is no review added.

Nathan Christian
Blockchain Technology Consultant
Rated on Dec 23, 2017
5
5
4
10%
This rating's weight is reduced by 50% as there is no review added.

Mofassair Hossain
CEO and Founder Perhalic, ICO and IEO Advisor, Investor, PR and Marketing Expert
Rated on Dec 24, 2017
4
3
3
9%
This rating's weight is reduced by 50% as there is no review added.

Carbon credits were introduced as ‘compensation systems’ mechanisms within the Kyoto Protocol, granting balance between GHGs emissions and certified mitigations. Its a huge market well addressed by this ICO. Their CEO worked in fundraising with United Nations Environment Programme (UNEP) so he is clearly alignned with the project. Their product needs finishing.

Founder and COO at Openfinance

Idea landing between partners, programming of tasks and procedures, selection of cryptocoin vehicle.

Visit and select companies of our interest - stakes purchase agreements