Numbers of game platforms, YouTube, iTunes and many other businesses make great amount of income by charging content and service fees. However, original platform owners which is users do not get their fair amount of compensation. PIC eco-system’s every acts rewards our users. PIC’s goal and purposes of creation is to destroy monopolized acts from centralized platform to protecting creators, copyright holders and their rights to compensate as well as distribute user’s income. 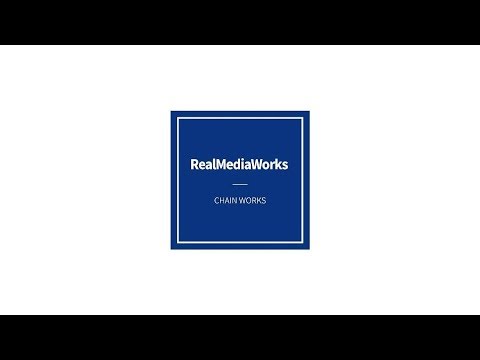 Recent ICOs (Initial Coin Offerings) of virtual currencies and related cryptographic currencies based on blockchain technology tend to have vague fundraising, currency usage, and business models. Rather, they focus solely on emphasizing their rosy future vision.

PIC intends to destabilize this shaky ICO market and build a new, blockchain-based financial network. Real Media works(TM), PIC’s parent company, has extensive experience working with a variety of governmental agencies and national projects. Our company’s goal is to use our experience and expertise to sign MOUs with a variety of companies and construct a blockchain-based “Real-Life Portal Platform” that is practical and rewarding for users.

Over the past decade, the increasing use of smartphones has grown in tandem with the rise of YouTube, social media, and other content-sharing platforms. Major IT companies providing free services have profited greatly from big data compiled from user search records, and have taken a portion of profits derived from business content under a variety of names on the pretext of ‘fees’.

PIC is now offering an answer to these deep-seated issues. PIC’s goal is to take the profits earned from big data compiled from user data, search patterns, and other personal information and return the value to the users. One example would be transforming all posts, shares, and other social media activity into PIC Dollars, which will be returned to users so that they may be appropriately compensated for using social media platforms. As current social media users take notice of these issues and leave social media services, the reward-based “PIC Entertainment Platform” offers a solution to the current problems.

An ongoing topic of debate in the global online gaming community is whether players or companies should be the ultimate owners of assets acquired by players throughout their games. Such assets include game items, the level of characters, the amount of effort contributed to the growth of a character’s skill set, and the cyber cash spent on a user’s character.

PIC believes that the bad practice of manufacturers and servicers taking possession of gamer assets purchased with cash must be stopped, and these assets should be returned to the gamers themselves. PIC also intends to build a “PIC i-game Platform” that is based on blockchain technology that will allow gamers to retain control of their gaming purchases and transfer assets to create a so-called “borderless game community” environment.

The primary goal of PIC Coin is to focus on “practical use” environment. We predict that as the scope of applicability increases, so will the number of users and the value of the coin. As an example, we will work to make PIC Coin usable for daily expenses such as accommodation, medical expenses, tourism, movies, restaurant and other conveniences. The PIC Coin group has formed a consortium with different companies through MOUs as a step towards our goal to expand the scope of applicability of this coin. Our “PIC Life-Style Platform” connects to a variety of other real life platforms, and we expect to develop this into the first Real Life Portal Platform.

The PIC environment contains two different currencies: PIC Coin and PIC Dollar. PIC Coin will be sold through periods of private sale, pre-sale, and public sale. The maximum anticipated value of this Token-sale is 120 million USD, or 3 billion coins.

We are buliding a Cryptocurrency platform that lets any person, crypto savvy or not, to...