Centive is a blockchain-based incentive network for 2-way value exchanges between businesses and consumers. Businesses can offer special deals, discounts, giveaways, and coupons. Consumers can provide value by sharing on social media, making a purchase, writing a review, and more. We strive to create a level-playing field for everyone; from big corporations, down to the individual, creating an ecosystem that just keeps giving. Centive is safe and easy-to-use, borderless and global. At its core, the Centive token’s utility is the key driver by building a blockchain-based incentive network that benefits value creators. Businesses can reduce costs without intermediaries, and can save more for the future of tomorrow. 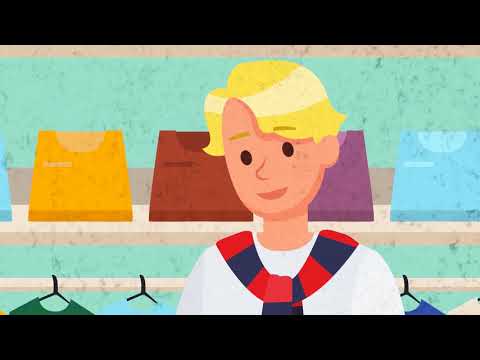 Since recession hit (and we would say globally since 2008), the global economy have been surviving on cheap money, in particular thanks to low interest rates by central banks. However, as we all know, there are no trickle down benefits as banks refused to lend to businesses, but used the cheap (and easy money) to fuel their gambling on the financial markets. Businesses in particular have felt the pinch, but as their revenues were hit, they needed more and more advertising to boost their sales. Centive trains its eyes on the ever-growing advertising industry which in 2018 is expected to be valued at US$558 billion  globally. Of that, a huge percentage is spent on incentivising actions from prospective customers. Incentives (or discounts) are given stupidly (without understanding data and return on investment) on every front which begs the question - “is there a better way?”

In itself, this is a good project that strives for commercial viability in the blockchain space. The use of tech makes sense and usage of gamification elements helps to create a loop.

team is good but little bit traditional.. Advisory board looks the same.
About vision :
there are tons of ICO with same vision ,,, I dont know why we all came to the market with same vision again and again.. I dont see any Uniqueness in this vision... also its just a concept. about MVP you guys uploaded some pictures that it ... https://xd.adobe.com/view/3d25c1e3-e39c-445f-767f-aa33d84420db-4b14/

The idea is not very unique and I can't see its competitor's advantage over other projects. That said, the team only has 4 guys without any advisors. Doubtful about the prospect of this project. Will review my ratings if I see more improvements.

Team members are looking good also advisor board.. This is not a new idea but concept good. KYC Approved...

Don't find MVP. It's in concept level. Waiting for a Alpha version not images. Looking forward to see the MVP and will change my rating.

Best of luck team and this project.

What the team is trying to accomplish is worthwhile around the world, but the team is too small to accomplish this, I feel that there are too many competing projects.
Since MVP works well, this team may be able to accomplish, but USP is not clear.
Hard caps are huge. I think that a gradual financial plan is necessary.

There are multiple players in the market who are running a platform similar to Centive. The team appears to be well-qualified but my concern is that it only has 4 members. They should seriously consider adding more members and a few advisors as they will have their work cut out for them. I like the MVP, it shows potential.

Team is too small to achieve the promises! Leaders missing the domain expertise clearly.
Except Telegram filled with Airdrop hunters there's not much social channel activities. Last medium article was published on Aug 1st!
Blockchain based incentive is nothing new concept - there are plenty players already and to achieve this it doesn't take 35m!!
MVP is not accepted - it is graphics put on prototype website! Graphics also doesn't look great!! With this if this project wants to raise 35m for 35% tokens then they living in dream!! They must be super SOLID to ask for this which I can't see in any way.
I would mark this project as very risky investment.

The concept is not unique and new as I knew there are few out there with blockchain technology.

For the team: 4 members without advisors is among the smallest team ever that I have ever seen. It is impossible to make this project be successful with this thin team.

MVP looks good and waiting for a working version even an alpha demo, not images.

Centive concept is interesting but not new. The hard cap is sky high and both the white paper and website are inaccurate, disorganized and not detailed enough.
MVP not available and app demo/UI design is not appealing but rather ugly and screenshots are poor quality.

Without a strong vision, proper organization and - at least - an up-to-date as well as a synchronized white paper and website, how can the Centive team expect to raise a massive $35 million ?

Being disorganized from in the beginning will cast a serious doubt on the execution of the project and possible success of the Centive ICO.

The above rating is based on my best effort to take into consideration the positive aspects of the team, product and project, however there's no excuse for being disorganized.

Not the most innovative concept to be honest. There are other players in the market which are already doing this. It would have been good to see a USP with Centive that could have made them stand out.

Secondly, I am concerned about the team size. It's too small at 4 members and I don't see any developers apart from the CTO.

Centive marketplace and platform v1.0 (Full-Version)
Platform & partnership launch in 2 countries
XTV will be tradable in 4 exchanges
Operations and live-support