CEEK VR is an award-winning developer and distributor of hardware and software for Omni-channel distribution of Virtual Reality (VR) experiences for multiple world-class partners. CEEK provides several channels of VR content (both originally created and professionally licensed) using the CEEK Virtual Reality Platform and our patented headsets. CEEK VR is in partnerships with globally-renowned industry leaders such as Universal Music, Apple, T-Mobile, and Baptist Health. Each year 60 million concert tickets are sold in the USA alone. The demand for music artists to perform at live events is at an all-time high, yet artists are still unable to perform for thousands of the venue requests received each year leaving labels and artists with missed revenue opportunities and fans without the chance to experience live shows. CEEK solves this by extending the reach of events globally for sold-out shows and ability for artists to sell unlimited virtual tickets and digital merchandise. CEEK allows artists to use a special tool called the Celebrity Coin Mint, whereby unique custom minted coins are created as event tickets that provide artists access to new, untapped and unlimited revenue streams. CEEK is the higher echelon virtual reality “killer app” for the blockchain and currently boasts partnerships with major celebrities and some of the world’s largest tech companies offering the entertainment industry and “CEEKERS” worldwide one of the most exciting opportunities on the market today, as we all CEEK A NEW REALITY! 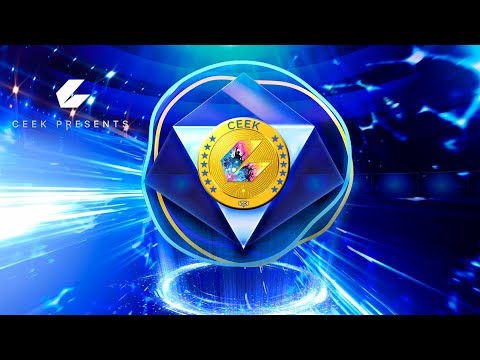 CEEK IS AN AWARD-WINNING DEVELOPER of hardware and software for Omni-channel distribution of Virtual Reality (VR) experiences who creates, curates, and distributes VR content for world-class partners on the CEEK Virtual Reality Platform and patented headsets. CEEK provides several channels of VR content (both originally created and professionally licensed) over CEEK VR’s experience distribution platform, which can be viewed from ANY VR headset.

With the launch of a NEW Smart VR Token called CEEK, Token holders (CEEKERS) will be able to participate in immersive virtual reality (VR) experiences that grant CEEKERS special access to a tokenized rewards exchange inside exclusive CEEK enabled, virtual reality venues around the globe.

Excellent team with great recognition in the VR industry

Anders Larsson
Investor and consultant. Built technology used by billions of people.
Rated on May 2, 2018
5
5
4
8%

I've followed several VR ICOs, both as investor and as advisor, that all turned out very well. I'm a big fan of the segment.
For further improvement: I would have liked to see a bit more focus on the product side. It's easier to succeed by doing one thing best in the world than a little bit of everything.
Overall: Looks excellent!

Ashvarya Kharoo
Consultant | Market research | Data analytics | UX Design thinking
Rated on Feb 22, 2018
5
4
4
4%
This rating's weight is reduced by 50% as there is no review added.

Head of Community and Client Relations

Award Winning Producer Director, Lord of the Rings, Planet of the Apes

PhD in Physics and in Chemistry, bold innovator and futurist who created the Avatar Xprize.