Carry makes personal data fair for consumers, marketers and merchants. Traditional brick-and-mortar retail is a $25 trillion industry, capturing at least 90% of all retail spending. This generates a lot of data. Under the Carry Protocol, your transaction data becomes a commodity you control. 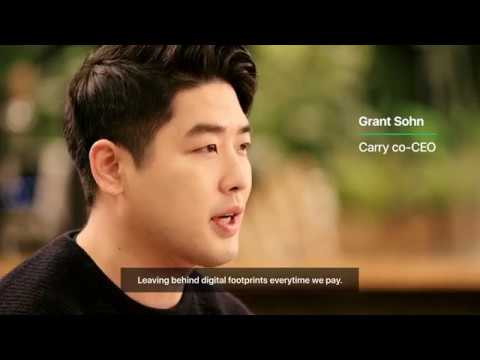 Carry is a platform that connects offline merchants and consumers using blockchain.

Despite the rapid growth of online and mobile commerce, consumption mostly still takes place offline. But the offline commerce market, even with its staggering market size of $25 trillion, still lags behind in technology due to the time and energy it takes to introduce and spread new technology.

Offline commerce has three major issues. First, merchants have little understanding of their customers because customer data is fragmented and incomplete. Second, consumers have no control over their data while corporations use and monetize this information. Third, offline advertising is outdated, lacking in transparency and effectiveness.

Carry Protocol aims to resolve these problems with three objectives: 1) provide a platform for merchants to understand their customers and communicate with them, 2) enable consumers to control their own transaction data and monetize the information, and 3) offer a new advertising channel that is effective and transparent.

The most crucial component to realizing these objectives is the team behind Carry Protocol, comprised of the founding members of Spoqa. Over the past 7 years, they have grown Dodo Point into the number one tablet-based loyalty platform in Korea and Japan, securing 10,000 partner merchants with 15 million customers and tracking over $2 billion worth of offline payment data annually. Such accomplishments were achieved in a challenging offline environment, and the offline execution experience will be one of most valuable drivers of success for the Carry Protocol.

As Carry’s flagship partner, Spoqa will leverage its existing merchant and consumer base to scale Carry Protocol into the market. This will give Carry Protocol a competitive edge in the market and help achieve faster application in the real world.

Carry will also encourage participation of various partners and offer fair rewards to anyone who contributes to the growth of Carry in the earlier stage, including Spoqa, thereby creating a healthy ecosystem for merchants, partner companies, contributors and most importantly, everyday consumers.