Revolution in the securitization. The first multi-regional fund on Blockchain technology. Bondkick Syndicate is a blockchain interface of the classic investment fund, to be open in 2018 for investing in syndicated loans, real estate, equity and derivatives all around the world. No CSD-locking, nor regional or currency restrictions. 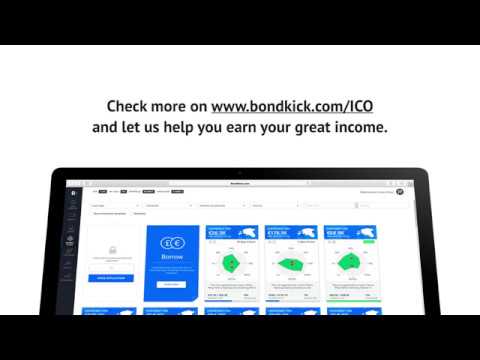 Bondkick Syndicate is a blockchain interface of the classic investment fund, to be open in 2018 for investing in syndicated loans, real estate, equity and derivatives all around the world. No CSD-locking, nor regional or currency restrictions.

Bondkick introduces XBK tokens instead of traditional less liquid shares, being sold for fiat EUR and USD and crypto BTC, NEO, ETH and NeoGAS (more and more cryptocurrencies being added on the Bondkick portal for easier investing). XBK (Bondkick Bond tokens) will be tradable on the Bondkick Exchange and other selected Exchanges since the beginning of the 2018.

Bondkick invests its own funds equal to the 25% of the subscribed tokens total value in cryptocurrencies, represented by the Bondkick 0x Index. The profit of the Bondkick 0x portfolio will be transferred to the Bondkick Syndicate and increase its market capitalisation. This commitment is limited to the 625 000€ and lasts until all the 24 999 XBK tokens will be initially subscribed and the Syndicate will start operating.

We're happy to introduce the new form of hedged investing into assets, covered by smart contracts - liquid and transferable from the day one of the issue.

Bondkick has been operating in corporate lending over a year and helped to raise 1.9M+ euro by investors from Estonia, Baltic and Nordic countries. Our proprietary debtors vulnerability detecting mechanisms have been highly valued by private investors and commercial banks. The Bondkick Platform, being continuously developed since 2014, has adopted most of the demands raised by borrowers across Europe.

Bondkick Syndicate has been developed to solve the main problem faced by most of retail investors – access to faster and higher returns from intelligently diversified placement. Being developed for years, Bondkick opens the direct access to the demand of the resource for the Bondkick Syndicate investors, being able to diversify their portfolios by applying a joint investing model.

Deputy chairman of the supervisory board