Bither Platform is a three-layer network that is capable of running smart contracts and different projects on all three layers. In this network, miners are allowed to mine on any layer and any project that they prefer without any obligation on staying on one network. In addition, Bither platform has a solution for the energy consumption on PoW mechanism in which miners' excess computing power is going to be used on valuable computations such as scientific researches and universities in need of computing power. Masternodes control this process and help to keep the network secure while running smoothly. 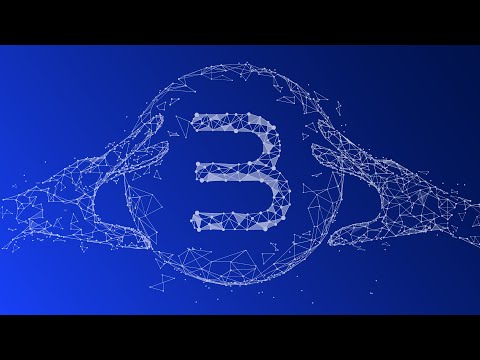 Bither presents an entirely new platform based on a synthesis of several methods. By introducing Merged-Mining capability and also optimizing computing power consumption, Bither sets its goal to draw more computing power toward its network through an efficient mining algorithm.

Bither works with “Proof of Work” (PoW), as its consensus algorithm, though with a different architecture and distinct functions compared to Bitcoin, Ethereum, and many other similar networks. Bither’s innovation is in its calculation of network hash rate and automatic separation of computing power by using trusted master nodes. Through a hybrid method, these masternodes are defined and implemented in high numbers. Moreover, each master node's information is compared to other master nodes and there is automatic and precise supervision over the accuracy of the computations and their orders.

In this method, master nodes are equipped with a new processor core (software). Through this processor core, the entire hash rate of the network is calculated before being divided into four major parts:

By implementing a modern architecture for mining and defining trusted master nodes, the Bither platform presents a new solution to the current problem of mining centralization. The role that master nodes play in the distribution of hashing power is an innovative approach to solve the problem of ASICs. This way, ordinary has a chance to mine as well.

Bither has presented a completely new platform that has many advantages in executing smart contracts, setting up scientific projects that need computing power, creating second and third layers toward the categorization of activities for tokens etc. Some of these advantages go as follows:

To conclude, the Bither platform -while providing all features of current PoW based blockchains such as security, “tokenization” and smart contracts, aims to push blockchain technology one step further in order to have a place in a green and eco-friendly future and to be a great help for scientific projects in order to afford the process of big data. Besides these, Bither has also brought many innovations to make its platform more efficient and user-friendly.

Good idea in general and the team is not bad! But I see a lot of faults in their approach to fundraising (think business development). For example the huge difference between soft and hard caps and abnormal targeted volume of hardcap itself which looks very strange and even compromise the project

Advantage - Bither can solve the problems of scalability and generating additional revenue from computational power by selling it to academic purposes. A capable team with a running MVP already makes it a successful project.

Disadvantage - Lack of partnerships (maybe need to mention them if already present) and legal issues are the biggest challenges. For example - Academic institutes or researchers would like to pay in fiat rather than tokens and also inspite of all the advantages it lacks a bit focus on future DApp acquisition strategy.

You can find my ratings methodology here- https://medium.com/@krishnenduchatterjee/ico-evaluation-investing-a-vc-perspective-for-investment-over-greedy-short-term-returns-433f6f9e13d8

I really like the project, the idea and the team.
Using Computing power for University research is a great idea

Is this project going on, and if yes, how?
Any news from the IEO that took place in August (as seen from Facebook page)?

Project with a very interesting concept and with a high probability of success.

The team is wide and well distributed, even if I could not find the Blockchain developer, but despite this excellent activity on github, with excellent material distributed, updates and work. Not having even started the pre-ICO is a great job and this is the right way to use.

Social and communication channels very well-kept with daily updates and a fairly active community. Excellent website and whitepaper, pleasant to explore and with great details. Token distribution is also good, but I could not locate a "reserve fund" in any of the 3 tokens offered for distribution.

All in all, excellent vision, good team and a product that will surely say its word on the market if you work with criteria, dedication and spirit of innovation. I give 3 to the product because there is still no MVP and the project is still a concept (even if well set up), but taking in consideration the young age of the project, we give it time to evolve and improve step by step. I will be happy to try the MVP when it is available and increase the score.

Working on partnerships with large companies and Best Science And Technology Research Labs for Bither Platform.