Prosperity in your own Hands

Imagine having the smartest asset manager in the world who would accept you no matter the size of your fund. Who would trade 24/7 for you to maximise your profit and would never get tired or knows no fear or greed? Someone who is entirely transparent about the positions and the advantages. Introducing Prally, your artificial intelligence at the heart of Bitenny. As a bonus, we also provide you with the opportunity to pay for your purchases online as well as offline using cryptocurrency. Alternatively, you can split the bill between digital and fiat tokens if you need to. The choice is yours. 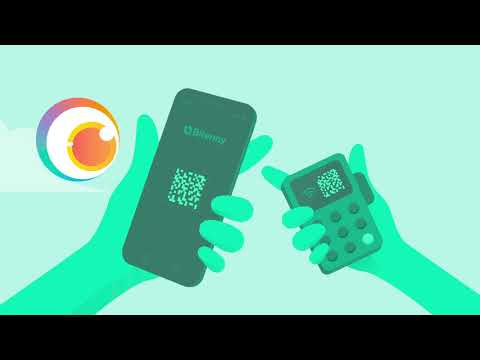 Prally is capable of making cryptocurrency trades 24 hours a day, seven days a week, 365 days a year. This way, you'll always be able to trade your cryptocurrency at the optimal time to take advantage of market fluctuations. There is no minimum account balance required so that you can get started with minimal upfront investment.

Simply tell Prally how much risk you are comfortable with, and she will handle the rest!

With your Bitenny digital wallet, you'll be able to hold both cryptocurrencies and fiat currencies, such as pounds, euros and dollars. Thus creating a bridge between standard currencies and digital ones, making it easier than ever to invest and make payments; however, you prefer.

When you make a payment from your Bitenny wallet, Prally will analyse the markets to ensure you are paying with the currency that will have the least impact on the overall value of your portfolio. This way, you can avoid overspending simply because you chose the wrong currency at the wrong time. In the near future, we'll be adding peer-to-peer payment capabilities as well, expanding the power of your Bitenny wallet even further.

While the network is designed to work as a collection of components, each of which provides its own standalone function, it is still important for these standalone elements to be able to function as a cohesive whole. This is achieved by the network’s high-level architecture, including NoSQL databases and RBDMS regulatory protocols which ensure smooth operation. At the user level, interaction with this architecture is provided via intuitive interfaces such as the Bitenny wallet. The

Bitenny is designed as a means of bridging the gap between traditional fiat currencies and their digital, cryptographic counterparts. In doing so, Bitenny will make digital currency a far more usable asset in the real world. It will unite traditional and futurecentric payment concepts in the process, putting itself in a unique position in the fintech marketplace and giving us a keen focus on the future of business and commerce.

In order to facilitate safer and more effective trading protocols for users of all backgrounds, Bitenny harnesses the potential of AI, and sits at the forefront of this continuously developing field. AI will be used to gain a better insight into the market, and to provide analysis and understanding to investors as and when required. This AI will be backed up by Bitenny’s team of industry professionals, whose expertise covers a range of global financial and IT fields.

I have not even seen the code on github.

The product and features are not providing any innovation to the market.

Desclaimer: This is not a financial or investment advice. Please do your own analysis before doing the investment in ICOs

Verified team details after having a call with kiyani. and corrected other things after reviewing the details.

The continuing development of the platform