Bringing Security to All Digital Interactions

BidiPass is the secure, easy-to-use ID verification solution that the whole digital economy has been waiting for, both in and out of the cryptocurrency space. By leveraging the blockchain and its own proprietary, BidiKey transfer protocol shores up the security holes in existing KYC systems. BidiPass doesn’t replace KYC as a service but acts as a platform for accurate authentication of a user’s identity during a standard KYC check. Best of all, this all happens via the user’s mobile device in a quick and simple manner that will finally bring top-tier security to the layman. Now, a hacker with access to a user’s account can only do so much damage without also having access to that person. BidiPass will streamline the authentication process for both users and service providers, ensuring that a platform capable of delivering full digital security can also allow a quick and a painless experience for the end user. 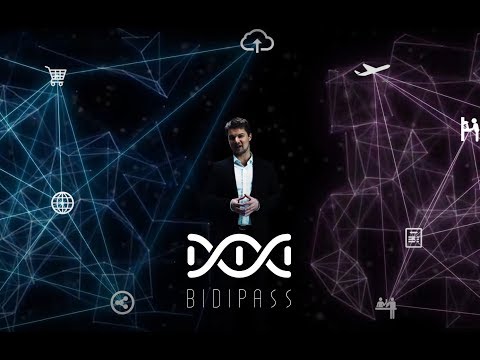 BidiPass is your one-stop shop for managing your ID and assets on the blockchain.

BidiKeyTM is a patented technology that provides seamless identity authentication.

BidiAssetTM is an Ethereum-based tokenization platform with built-in KYC.

Users:
1. After Airdrop, users will have BDPs to register IDs and conduct verifications.
2. Users verify via KYC before transactions.
3. All processes require transaction fees paid in BDP.

Service Providers: SPs can purchase BDPs in bulk to "fuel" KYC verifications within users. An API will be built to deploy tokenized digital assets subjected to transaction fees.

Miners: Processes such as registrations, verifications, smart contract deployment/creation will be recorded. Miners are incentivized by transaction fees and block rewards for up-keeping of the BDP platform.

Any security measure that introduces hassle and excess waiting will drive users away from the service we mean to protect. BidiPass is dedicated to improving security online by introducing a solution that is quick and truly painless.

By using QR codes and our proprietary public key encryption scheme, we can validate a connection quickly enough to keep the user on track for their purchase.

BidiPass uses a patented bidirectional public key encryption scheme that extends an extra layer of security over the traditional KYC validation scheme. By pairing this security protocol to the physical device in a user’s pocket and administrating all transfers via the Ethereum blockchain, BidiPass can offer unparalleled security for validation of KYC transactions.

Greater security should never have to mean lesser convenience or usability. Unlike many other high-tier security schemes, BidiPass will integrate into your service’s existing user flow in any context. It will never freeze out users based on their device type, nor limit their potential use cases.

BidiPass utilizes industry standard mobile technology to ensure that virtually every potential user can become a real user without issue.

BidiPass is the new industry standard for user authentication.

BidiPass is the secure, easy-to-use ID verification solution that the whole digital economy has been waiting for, both in and out of the cryptocurrency space.

By leveraging the blockchain and its own proprietary, BidiKey transfer protocol shores up the security holes in existing KYC systems. BidiPass doesn’t replace KYC as a service but acts as a platform for accurate authentication of a user’s identity during a standard KYC check.

BidiPass is an identity authentication protocol designed to strengthen today’s KYC model that global businesses depend on.

Wonderful blockchain based ID verification solution. On the Github code is maintained properly with all details and audit.

Vision of the company is very clear and all team members and advisors are experienced and qualified.

Disclaimer: This is not an investment advice, please do your own research before doing any investment.

The BidiPass project is established.

- Release of MVP
- Start of Private Sale to qualified investors