Blockchain platform for collective film production. The best present-day solution to source funding is a direct participation of the interested parties — sponsors, and, of course, the viewers themselves, in launching and financing film and TV projects in the early stages. The creation of such a platform will allow: the ability to generate mass investment in film using blockchain and cryptocurrencies; provide the financing of filmmaking and TV content in the most transparent manner possible; Provide an investment opportunity to every fan, who by virtue of his/ her contribution will personally affect the growth and the scope of opportunities awarded to the project managers. Competitors: Cinematix, Bond platform. What can be done using Bablos? Storing the tokens to receive dividends from the film screening; Exchanging for other cryptocurrencies or fiat; Using to gain access to exclusive crypto-premiere of «Empire V»; As the platform functionality grows, the token can be further used on the platform (including making profit from investing in the projects). The token holder has a right to a dividend proportionate to the number of tokens in their possession. The company will be making the dividend payments quarterly from the net profits generated by the respective project in the Russian Federation and internationally, including broadcasting and licensing for TV and digital distribution systems. 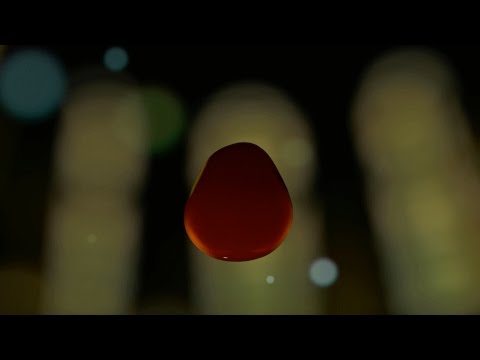 In recent years the Russian and international film industries have undergone a process of reformatting, with major changes in the distribution model as well as the production of film/TV content. New instruments have emerged - these allow for more precise estimates and projection of the audience’s interest in the upcoming project. One such instrument is crowdfunding, whereby viewers who find any given project relevant to their interests can directly take part in the financing of the film.

The blockchain technology with its ideology of decentralisation and collective decision making elevates this model to a new level providing a condition for the decentralised launch and production of film projects. The pioneer behind this is the film «Empire V», based on the novel by Victor Pelevin and directed by Victor Ginzburg.

The best present-day solution to source funding is a direct participation of the interested parties — sponsors, and, of course, the viewers themselves, in launching and financing film and TV projects in the early stages.

ICO Bablos is managed by the team of the «Empire V» project, as a pilot project of the future platform covering the entire «Empire V» film development cycle (from fundraising and administering to the final screening) and provides financial transparency, ability to affect the film’s success through, simplicity, equitable access.

3. Their general description talks about a "collective film production". But it is clear that they are looking for funds for just a single film called "Empire V"

4. And even if someone invest, according to their own roadmap, it says the premiere to be on 4th Quarter of 2019, so it would be a long term investment.

5. They are basically offering a security rather than a utility token, don't know how much they understand the things associated with it.

Team can get 2 or maybe 3 if they add more relevant links as well as complete the KYC.

With all respect to the original work of Victor Pelevin and work the film team could probably completed, this project should not even introduce itself as an ICO. There is no platform available for use and no clear understanding for what funds are collected whether for Film or a film crowdinvesting platform. Even if this project is not a scam it already provide a demonstration that team was unable to collect funds for film properly or investors considered as potentially unsuccesfull.

The project has no legal structure at all and token model is highly probable to be considered as a form of security. The team is unable to make difference between crowdinvesting, crowdfunding and ICO.

The Company registration;
Launch of the Empire V ICO project.

Profits accumulated by selling the project rights for online and offline film distribution, TV, and DVD.