DASHUB has identified several areas of its core business that can be enhanced through the use of blockchain technology. Each example (which they refer to as “Use Cases”) are mentioned below and are described in detail in the Whitepaper. Both their core business and their existing consumer base--currently 250,000+ members strong--will have immediate access to the platform through the use of DASHUB’s website, integrated wallet, and API. This business and consumer activity will drive the initial value and utility of the Automotive eXchange Token (AXT). 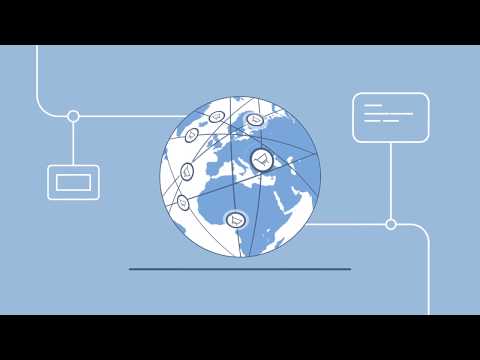 Imagine for a moment having access to a global online automotive marketplace offering hundreds of thousands of vehicles, financing, insurance, warranties, parts, and more all powered by blockchain technology and cryptocurrencies. Now imagine that an automotive technology company with over 250,000 registered members, motivated by a vision to change the automotive industry and the car-buying process, was out to make that happen. That’s what DASHUB is doing, that’s what this project is, and it’s called the Automotive eXchange Platform (AXP).

DASHUB inc. is an online automotive marketplace company that sells used vehicles and associated services via its primary website. With this project DASHUB intends to produce blockchain-based technology designed to enhance key elements of its current operations. This technology is called the Automotive eXchange Platform (AXP). DASHUB has identified several areas of its core business it believes can be enhanced through the use of blockchain technology. Each example (which they refer to as “Use Cases”) will be described in detail later in this White Paper. If launched, both its core business and existing consumer base--currently 250,000+ members strong--may have immediate access to the platform through the use of DASHUB’s website, integrated wallet, and an Application Programming Interface (API).

This business and consumer activity may drive the value of the Automotive eXchange Token (AXT). All transactions made within the AXP will be contained in a decentralized distributed ledger. And since the platform would launch with considerable existing business and consumer activity, it is expected that the platform’s performance metrics will substantiate the benefits of the platform and encourage other companies to also adopt and build upon the AXP. Page 2 ​of 58 AXP White Paper version 1.988 - Confidential and Proprietary. AXP, Inc. Once functioning, consumers will be able to use/interact with AXP without additional industry adoption, which we expect will create consumer demand for AXP’s services and therefore create demand for its token (AXT). This activity will generate momentum that DASHUB and its partners hope to use to scale the platform internally and externally by lobbying the automotive industry at large. The Automotive eXchange Platform (AXP) and its token (AXT) will be introduced to the world via a Initial Coin Offering (ICO). DASHUB is bringing a deep bench of players to the project.

At DASHUB’s senior-level is a full-time team of experts currently operating DASHUB and the blockchain project. Focused on DASHUB’s current core business is a team of senior and mid-level managers with a client services staff working diligently on daily operations. Beyond that is their extended blockchain developers and architects, general technology team; legal, regulatory, and compliance partners; community managers, and a board of advisors including experts in automotive, racing, blockchain / ICO, financial, legal / compliance, business development, and high-level executives of companies currently developing blockchain-based projects. In this White Paper you will learn more about DASHUB the company and how they intend to enhance elements of their core business with the AXP. Each example (referred to as “Use Cases” in this paper) will be described in detail. Each DASHUB team member, advisor, and key partner will be introduced.

The AXP’s functionality, token model, and theory will be described in detail. In our roadmap you’ll learn how DASHUB intends to start by enhancing their core business and then by scaling the AXP for mass adoption by the automotive industry; a vision that includes major players such as manufacturers, automotive enterprises, State DMVs, and financial institutions. Among other important details, this White Paper will define the ICO for AXT. Hard-hitting ICO and blockchain experts have joined the board of advisors. DASHUB hopes you will evaluate this White Paper and see a viable path that leads to a massively-adopted blockchain technology that will disrupt the multi-trillion dollar automotive industry.

PHASE 3
Beta Testing & Security Audits
Heavy testing focusing on scalability & security
Bounties for successfully attacking the networks - Attacking the network with spam, virtual machine exploits, and bug crashes, and non-deterministic behavior will be a heavily involved process but necessary to ensure that version 1.0 is stable.
Adding support for additional languages.