Protocol being a part of ASKfm already possess over 260 million registered users with over 21 million monthly active audience and a management team, equipped with a skill set and know-how to launch new products and monetization models. ASQ Protocol is a decentralized solution for publishing, storing, sharing, engaging with and monetizing content that empowers a new content economy. 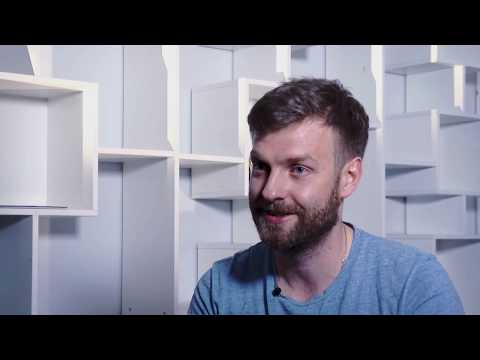 The digital mediascape today is a huge and diverse ecosystem but one that is dominated by just a handful of companies. The combined value of all major social networks in 2017 was estimated at $88 billion according to our analysis of publicly available financial reports. However, between 75% and 80% of this market is controlled by the top 10 players, such as Facebook, Twitter, YouTube (owned by Google), etc. These companies profit from a view-based advertising model that relies on low-cost, low-value content. As a result, consumers have a hard time finding the content they really want, and many content producers lack the exposure or the financial support they need to fully invest their time in pursuing creative endeavors. The global market for content is far from realizing its full potential for value creation even as the quantity of content grows exponentially year after year.

The ASQ Protocol addresses this problem by creating an incentive structure that supports production, sharing, consumption and storage of high value, original content. To radically re-work the dynamics of the global content economy, the ASQ team intends to partner with the many mid/ small-sized social media platforms that together generated approximately $17 billion in revenue in 2017.

This whitepaper explains how the ASQ Protocol uses blockchain technology to support a decentralized content economy that rewards all stakeholders for creating, engaging, sharing and storing quality content with the protocol’s native cryptocurrency – the ASQ token. Consumers can use the ASQ Protocol to access quality content across a wide variety of platforms with different user experiences. They can even use the protocol to commission creators to make new content. Creators are paid for their content in a fair and transparent manner thanks to the protocol’s innovative use of blockchain technology. Meanwhile, partner platforms will gain a new revenue source from the protocol’s cryptocurrency by hosting content and facilitating great user experience for consumers. The end result will be a greater exposure of consumers to a larger amount of high-value content across all participating platforms in this new ecosystem.

Two social media platforms have already agreed to use the ASQ Protocol. The company behind the ASQ Protocol, ASKfm, will also be the first platform to use it. ASKfm is currently working on a new blockchain version of its Q&A social network to serve its 215 million registered users in 168 countries. On ASKfm, users ask over 600 million questions monthly, generating 600 million potential items of content for transactions on the ASQ Protocol. NING, one of the largest SaaS platforms for creating social community websites, also plans to implement the protocol for use by its 2 million online communities with over 45 million registered users.

To facilitate the widespread adoption of the ASQ Protocol, ASQ tokens will be made available on major exchanges and partner platforms. The ASQ Foundation, an independent, non-profit organization, will manage half of the total supply of ASQ tokens and distribute them to incentivize the participation of users, content creators and third-party decentralized application (dApp) developers in building an alternative, userfocused content ecosystem.

The ASQ Protocol’s mission is backed by the ASKfm management team and an advisory board with much experience across the spheres of gaming, social networks, marketing, and online dating. Together with its two early platform partners, the ASQ Protocol is taking the first steps in radically re-engineering the design and function of the modern content economy. A healthier, less concentrated social media ecosystem based on the ASQ Protocol and ASQ token is just over the horizon.

"Make something you like a job" If this happens, society will be better. Working with creators with passion and deciding on their own rather than a third party should produce a very good cycle.
Team members are well aware that such a structure creates a good business cycle. There is a background that each member has created various businesses, and I fully understand the psychology of creators and their consumers. The adviser also knows this type of management and should help to effectively utilize the power of the block chain.

EIR (FINTECH) AT 500 STARTUPS, CEO AND FOUNDER OF ANTIFRAGILE

CO-FOUNDER AT ORBS AND HEXA GROUP

PHASE I: CENTRALIZED POC ON THE ASKFM PLATFORM