Airforce Mining generates and uses renewable energies to mine crypto currencies and distributes it among token holders. 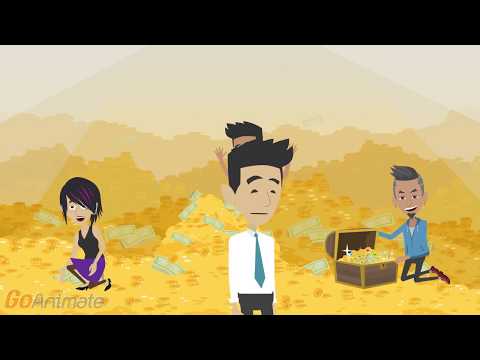 Airforce Mining offers a new way to mine cryptocurrency in a manner that is environmentally friendly. Traditional cryptocurrency mining is notorious for using a great deal of energy, but Airforce Mining runs its operations with renewable energy. It also splits the profits between holders of the token plus new equipment, allowing it to continually increase the profit output.

The CEO and founder of Airforce Mining, Nathaniel Gammage, has experience as an innovative business owner and a vision of sustainable energy that works with blockchain technology to help the planet and economic freedom. Richard Kowalski, the technical director, has a background in grid energy supply and automation and is the CEO for his own company. He is particularly familiar with alternative energy sources and harnessing their power. Brodie Ashcroft is the ICO manager and token administrator with years of cryptocurrency experience, including trading and complementary skills.

Jonathan Gammage oversees digital marketing and has a deep understanding of the market and connecting with people to create long-term relationships. Finally, Joshua Ashcroft is the construction and expansion overseer with a lifetime of experience in the construction industry, including leading project teams and supporting multimillion-dollar businesses. The advisors include Danny Valdez, who has 16 years of experience in business development, operations, and technology.

The project will begin in Queensland, Australia. Airforce Mining already has multiple acres of land in rural Queensland with the appropriate geographical features for producing electricity. The team has already developed partnerships with specialists in automation and electrical, as well as accredited personnel in logistics, importing, and a range of other areas.

What Problem Does Airforce Mining Work to Solve?
The team members at Airforce Mining are passionate about cryptocurrency, but they feel that the current systems in place do not take the environment into consideration. In their whitepaper, they point out the heavy dependence on fossil fuel, which they say is harmful to the planet as well as unsustainable. To overcome this, Airforce Mining will use solely renewable resources for all its cryptocurrency mining.

How Does Airforce Mining Help the Planet?
Airforce Mining by nature is a very green solution. Instead of using vast quantities of nonrenewable energy that power companies generate, the project produces its own energy. Not only does it produce the electricity used to mine crypto, but it always opts for 100 percent renewable energy sources. This minimizes the impact on the planet from mining and also eliminates the concern about using up resources or creating a power shortage due to energy consumption for mining.

What Kind of Renewable Energy Does Airforce Mining Use?
As mentioned, Airforce Mining produces its own completely renewable energy to power the mining equipment that mines cryptocurrency. It uses a combination of solar power, wind turbines, and hydropower.

Wind turbines work by having the wind turn the propeller-like blades, moving them around a rotor. This rotor spins the generator on a main shaft to produce electricity.

Hydropower uses a turbine to take kinetic energy from falling water and turn it into mechanical energy. A generator then converts this to electrical energy.

The photovoltaic cells in the solar panels turn sunlight into direct current, which is DC electricity. This can then be converted to alternating current, AC electricity, which is stored for use.

How Do Airforce Mining and Token Holders Make Money?
Because Airforce Mining generates its own clean energy, it is much cheaper for it to mine cryptocurrencies compared to other companies. That also reduces the amount of money that has to go to pay a power company for electricity; since Airforce Mining produces the energy, no one needs to pay for it.

When you hold the AFX token, the AFX Wallet is able to receive distributed cryptocurrency, specifically Ethereum. Token holders receive a distribution of the mined crypto, letting them earn a passive income just for holding AFX.

How Will Airforce Mining Use Its Profits?
A portion of the profits from mining cryptocurrency with renewable energy will be divided up among those who hold AFX tokens. Airforce Mining also plans to reinvest between 30 and 40 percent of the total mining profits into improving its mining infrastructure. This method should allow for continued growth and an increase in mining potential.

What Should You Know about AFX and the ICO?
AFX is the token behind Airforce Mining. Token holders store their AFX in an AFX staking wallet and receive their profits there in the form of ETH. During the ICO, the minimum investment is 0.1 ETH. Each AFX token will have a value of 0.20 cents during the ICO. The ICO launches on May 1.

Airforce Mining expects the value of AFX tokens to continually rise due to the fact that the project will expand in the future and each token will have a greater potential for profit. Following the initial coin sale, Etherdelta will list the AFX token, and more should follow soon after. The AFX wallet should have no limit for staking time, so the AFX tokens are always available for trading. Staking the AFX tokens is as simple as storing them in the AFX wallet.

What Are Some Advantages of Airforce Mining?
To begin with, those who hold AFX tokens will be able to take advantage of cryptocurrency mining without having to invest in their own mining hardware or a high consumption of energy. Because Airforce Mining generates its own electricity, there will not be any cost associated with electricity, a sharp contrast to the heavy costs most commercial mining companies must pay, which leads to an increase in profits. Overhead costs will be minimal because there is no need for rent and related expenses and very few mining staff.

Conclusion
Airforce Mining brings environmental friendliness to the blockchain by using renewable energy to power mining equipment. The project should be able to keep costs down by generating its own renewable power. It has a great deal of potential for growth thanks to its planned strategy of reinvesting a large portion of profits into expanding infrastructure. As such, the upcoming ICO is a good opportunity for those with an interest in mining ETH and following green practices.

Construction of mine begins