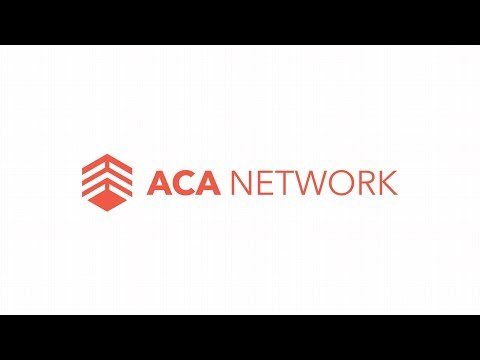 The ACA Network employs blockchain technology to create a next-generation online ad serving platform. Our goal is to make all online ad trafficking transparent and fair, maximizing the interests of both advertisers and advertising media.

However, the online advertising sector faces challenges both from the point of view of advertisers and media operators. Advertisers face the serious issue of ad fraud. Ad fraud is when mechanical means such as “bots” are used to make it appear as though ads have been served, causing advertisers to waste unnecessary expenses on non-existent ads. Losses owing to ad fraud are estimated to reach 19B USD in 2018. This represents a waste of 7% of all funds going into the online ad market. Furthermore, from the point of view of advertising media, the intermediary margins charged by ad agencies that are parties to online ad deals are exploitative and borderline fraudulent. This is because online ad agencies are allowed to freely adjust, at their own discretion, the unit price (CPC/CPI) of an ad served. It would be no exaggeration to say that media outlets today are entirely at the mercy of online ad agencies. These problems are caused by the fact that the online ad market is completely opaque. By employing blockchain technology, the ACA Network resolves these issues. We are building an online ad trading platform that is beneficial to both advertisers and advertising media. Today’s online ad space is poised for change, thanks to the emergence of blockchain technology. We employ blockchain technology to achieve fully transparent trading of online ads, disrupting the online ad space and ushering in change.

Allow us to introduce a bit about what we have to offer. Since our founding in Japan in 2010, we have produced a range of media apps for the mobile segment. These have exceeded 500M impressions monthly, and we have secured a position as a major advertising outlet catering to media apps. Drawing on our expertise and knowledge of the Japanese online ad industry, network of contacts, and understanding of the market, we are launching disruptive services in the online ad market, starting in Japan and then moving onto the global stage. The Japanese online ad market is the third largest market of its kind in the world. Basing ourselves out of this large market, we are pivoting to transform the online ad sector worldwide.

Develop Proof-of-Concept White Paper.
1. Assess the requirements and challenges of building a team to develop and operate our service.
2. Solving the expected challenges in the selection and development of the dApp platform with a long-term sustainable ecosystem will be focused.

First Version Development Starts
The development of ACA-AMS, the foundation of ACA Network, will launch with the advertisement production process and funds transfer.

Launch Pre-Token Sale
Take places 3 weeks before the public Token Sale on ACA Website open to the limited group of people who registered.

Launch Public Token Sale
Funds required for product development and service operation will be raised through the token sale. We will establish exchange rates for accepted coins. Users can then send the desired quantity of coins to receive corresponding quantity of our token deposited into their account.

Register as the Issuer of the "Third-Party Advance Payment" Method
To enable the exchange of JPYT, we will apply to be the issuer of the "third party advance payment" method in accordance with Japan's Law on Payment of Funds.

Open Beta Test for ACA-AMS and ACA-NET
The ACA Network, ACA-AMS and ACA-NET capable of connecting to advertising media will be launched. After it connection functionality is confirmed, analysis and corresponding improvements with be made.

Release ACE-EX Beta
The trading model and efficiency of ACA Network's commercial exchange, ACA-EX, will be verified. The performance of already released ad campaigns will be analyzed to continue developing a sustainable ecosystem.

Official Service of ACA Network
The official service implementing all specifications of ACA-AMS, ACA-EX and ACA-NET will launch including required improvements identified during beta testing.