Relationship Between Brands and Their Consumers

Sales and operating margins continue to shrink for brands and retailers throughout the consumer packaged goods ecosystem. Brands aren’t able to adapt because the legacy operating environment is rife with product promotion and discount inefficiencies. A7 Core's flexible solutions fit any customer management program. The platform is founded on a seamless datastream that puts the power back in the hands of brand managers. The A7 Core platform improves existing consumer marketing programs and already offers solutions to these issues. 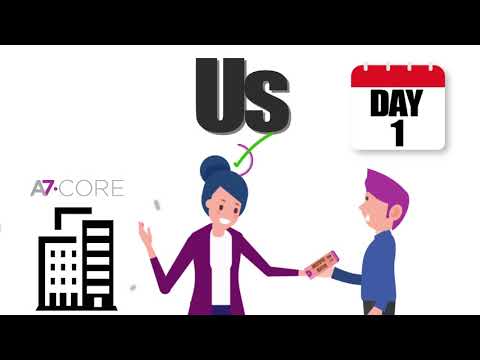 A7 Core aims to transform the legacy retail and CPG (consumer packaged goods) market, worth almost $1 trillion annually in the US alone, and $9 trillion globally. Specifically, A7 Core is focused on the $240 billion annual promotion, discount, and advertising spend in the US and on mitigating $600 million in annual coupon fraud and misuse - it’s "coupons on blockchain."

Presently, most brands sell through intermediary retailers, and are therefore unaware of individual purchase behavior - unlike Amazon, e.g., which tracks every consumer interaction, giving them incredible power within the shopper retail ecosystem. This means the brands and retailers have to rely on generic - instead of personalized - coupons to reward shoppers. A7 Core gives the brick-and-mortar retailers and brands the power to manage consumer data and leverage it for a better relationship, by way of coupons, promotions, and rewards.

The public blockchain technology currently on the market does not have the capability to handle the scale that consumer transactions demand, both in terms of transactions per second and amount of data transferred. So, A7 Core has developed a permission-based solution to overcome those limitations and ensure that the brand-to-consumer relationship remains as frictionless as possible. A7 Core’s Blockchain solution is live and currently tested over 70 million times per week. A7 Core has also developed simple plugins into the top three POS (point-of-service) systems that handle 95% of all global retail POS systems, and several smaller ones, in addition to offering API solutions for mobile checkout and online ordering.

The founding team members come from the management of well-known companies, including Microsoft, JP Morgan, Tesoro Petroleum, and Accelitec, and combine technology, finance, marketing, and retail expertise to make this project a success.

Founder and Managing Partner of MWRS

Founder and CEO of Beachfront Media

Founder and Director of BD for Heyi Blockchain.

Senior Advisor for A7 Core Asia